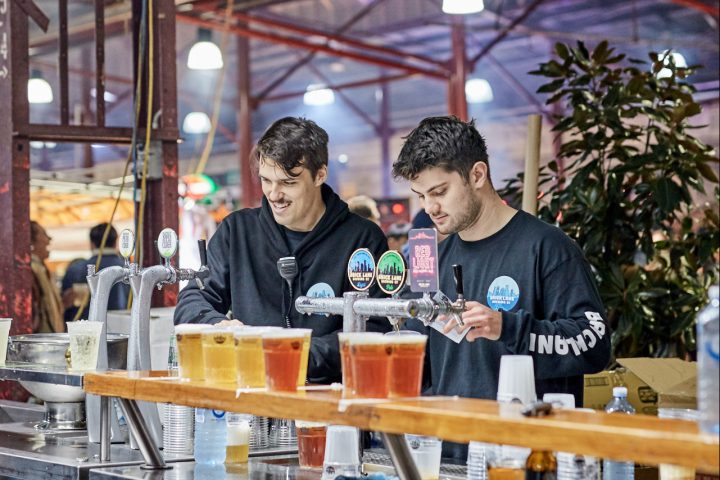 A new winter beer oasis will pop up right in the heart of Melbourne at Queen Victoria Market every Saturday and Sunday from 4 August to 9 September 2018.

Lead by new independent brewery, Brick Lane Brewing Co, Central Beer District will gather a community of well-known microbreweries from across the city to bring a craft beer extravaganza to Melbourne’s favourite market.

Weekly rotating guest breweries of Central Beer District & Brick Lane Brewing Co will include: Brewmanity, Hop Nation, Two Birds Brewing, Stomping Ground and Coldstream Brewery. Each brewer will feature their favourite beers, plus small runs of seasonal and experimental brews. Coldstream’s hot apple cider will be on the menu too.

Beer lovers (and the beer curious) will have the opportunity to meet the brewers behind Melbourne’s best craft beers and discover their stories and passion for making great beer.

More than just a place to savour the best brews, Central Beer District will also offer guests the chance to pair their favourite craft beers with BBQ and street food from a selection of Melbourne’s best food trucks, including Digging for Fire. Their menu will feature a 12-hour pulled pork with pineapple relish and lime mayo, a BBQ chilli chicken burger with harissa and fennel yoghurt and thick cut chips.

Set against the backdrop of the historic market sheds, Central Beer District will be a welcome respite from the bustle of the city and a relaxed haven to enjoy a myriad of top brews, great food and live music from local Melbourne artists.

The stellar line-up of music includes 50s and 60s rock n’ roll by Jukebox Racket, rootsy folk and indie pop by Jack the Fox and Chicago-style blues by Jules Boult.