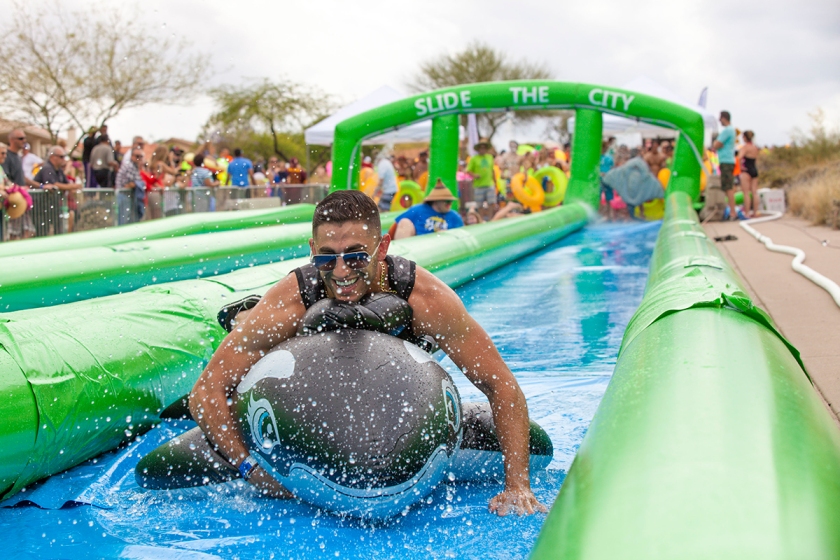 Grab your swimsuits and your best pals! Slide the City™ is returning to Melbourne this summer, bringing with them 300 Meters of aquatic fun!

Starting in 2013, Slide the City™ began by producing slide events in just three cities in America its first year. This year, Slide the City™ is on track to produce more than 150 events in 15 countries including 10 in Australia, and one right here in Melbourne.Transforming Lansdowne Street (East Melbourne) into one giant water block party, sliders will be slipping their way down a 3oom giant slide which spans three city blocks. There’ll also be live music, food, drinks and giveaways on the day to make this one giant summer party to remember. Don’t forget the floaties!

Want to win 2 triple slide passes to Slide the City™ ? In 25 words or less, tell us your favourite thing to do in Melbourne over summer?
Terms & conditions here. Competition closes 5 January, 2015.