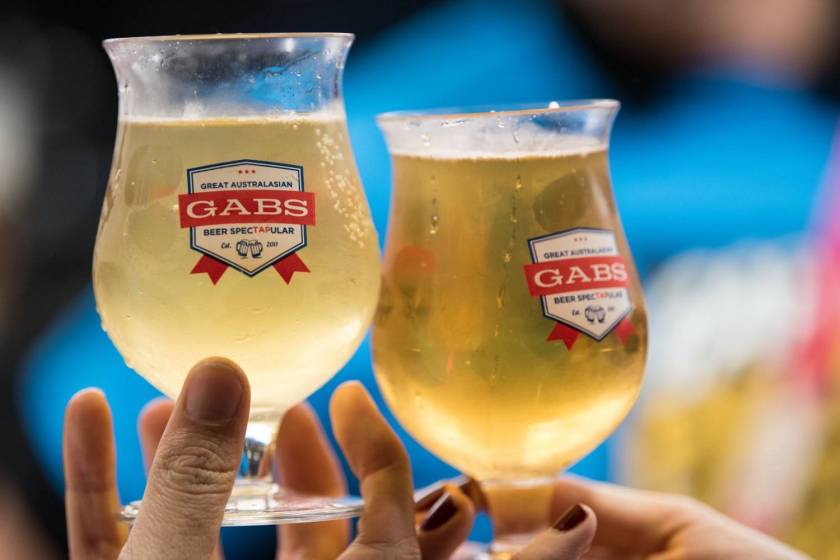 These are just some of the more unusual ingredients you’ll find amongst the many unique ‘Festival Beers & Ciders’ to be served for the first time at the 2018 edition of GABS Beer, Cider & Food Fest presented by Dan Murphy’s, along with more than 500 of the very best craft beers and ciders from around Australia and New Zealand.

Renowned as one of the world’s leading beer festivals, GABS (otherwise known as the Great Australasian Beer SpecTAPular) brings together the best breweries from Australia and New Zealand for a non-stop celebration of craft beer and cider.

Craig Williams, GABS Event Director, describes the festival as the perfect launching point for those keen to try something new in a fun and exciting way. “For us, GABS is about sharing our love of craft beer and cider with as many people as possible through an unforgettable experience. Great beer is about skill, passion, creativity and most of all, fun. GABS brings all that to life, whether you’re just starting out on your beer journey, or the most fervent fan”.

At the heart of GABS are the Festival Beers & Ciders. When the event began at The Local Taphouse in Melbourne in 2011, it was built around the idea of inviting the best breweries around the country to brew a new beer, all to be released on the same day at the same event. That year, 22 breweries took part. This year, over 160 unique beers and ciders have been brewed especially for the event by breweries and cideries from Australia, New Zealand and around the world.

“For the brewers, it’s a chance to showcase the quality, creativity and diversity of styles inherent to craft beer and cider,” says Williams. “And for beer lovers… well, it’s kind of like Christmas really!” While the more exotic ingredients often get the attention, attendees will also find examples of many different beer styles, as brewers look to expand people’s tastes beyond popular hop-driven Pale Ales.

Many of those brewers will also be exhibiting at GABS as part of the Dan Murphy’s Marketplace, offering attendees the opportunity to chat with the team behind some of their favourite beers and ciders. Some of the city’s best street food vendors will be dishing out tasty treats, including Bluebonnet BBQ, Biggie Smalls and 8Bit Burgers in Melbourne; Happy As Larry Pizza, Chur Burger and Dirty Bird in Sydney.

New in 2018, punters will be able to ‘strut their putts’ at the Holey Moley Golf Club and Colonial Caddyshack, and sample from three new ‘washed rind’ cheeses (washed in beer, whisky and wine) from the Milawa Cheese & Prosecco Bar. Reflecting the increasing crossover between craft beer and spirits, two of Victoria’s best distillers – Starward and Four Pillars – will be serving up barrel aged whisky, gin and cocktails in Melbourne; while in Sydney and Auckland, Irish distiller Jameson will be highlighting its Caskmates program, where whisky is aged in beer-seasoned barrels.

Commenting on the new features, Williams stated “We like to think of GABS as much more than a beer festival; it’s an experience. And every year, we like to raise the bar on what that experience can be. It’s about looking at the world around craft beer and bringing that to life in a fun way, whether that’s through Holey Moley’s hugely popular mini-golf bars; Milawa cheeses washed with beer, wine and whisky; or a boilermaker pairing whisky and beer.”

Education is also a core focus of the festival. At the Ariston Food & Drink Experience, attendees are taken on a gastronomic journey of food, beer and cider pairings. And the Brick Lane Craft College panel discussions and masterclasses offer beer enthusiasts an opportunity to hear from some of the best in the business. New this year is the My Dan Murphy’s Discovery Deck, where guests are invited to ‘find their perfect beer match’ through guided tastings of some of the best examples of various beer styles.

The hugely popular Yenda Wheel of Beer (an 18 metre indoor Ferris wheel) will be back in both Melbourne and Sydney, and along with Brewmanity, who’ll be giving punters the opportunity to ‘dunk-a-brewer’, all funds from these initiatives will support the fight against MND (motor neurone disease). 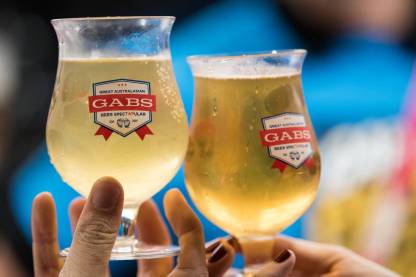 When: Friday 18 and Sunday 20 May 2018
Where: Royal Exhibition Building, Carlton, Melbourne
Purchase your tickets: Here