Melbourne Museum’s commitment to presenting the best live performances continues with the next instalment of Nocturnal.  Don’t miss an evening of infectious house music on Friday 6 April, as Nocturnal joins Waving at Trains to present a triple-treat of Wax’o Paradiso, Harvey Sutherland (DJ set) and DJ JNETT.

Harvey Sutherland is a disco producer and keyboard player who will encourage you to lose your groove thanks to a celebration of unapologetic devotion to the dance floor. With critical acclaim, Harvey Sutherland has released numerous projects including Priestess/Bravado with live band Bermuda on his record label Clarity Recordings and appeared at Glastonbury, Dimensions, Splendour In the Grass and Meredith Music Festival.

Fresh from supporting the legendary Grace Jones, DJ JNETT (Janette Pitruzzello) is inarguably one of Australia’s biggest house luminaries.  Bursting onto the scene in the early 90s as a presenter on ABC’s Recovery, she has since gone on to spin tunes across clubs and festivals, hosting PBS 106.7FM’s Are You Ready, releasing a debut album Wildlife and launching her own record label, I Get The Music.

The possibilities are endless as Nocturnal flanks music and curiosity with one-on-one access to Museums Victoria experts and collection objects. Examine different animal skins and their textures under the microscope with Natural Sciences Conservator Dani Measday, and learn about the Biodiversity Heritage Library with Hayley Webster, Gemma Steele and Nicole Kearney.  Michelle Stevenson (Senior Curator Politics and Society) and Hannah Perkins (Collection Manager Humanities) will reveal WWII secrets discovered beneath the floorboards of the Royal Exhibition Building via RAAF objects traversing sweets, smokes and sex.

Revellers can head downstairs to visit Vikings: Beyond the Legend, a new exhibition from the Swedish History Museum in Stockholm which features more than 450 original artefacts. These Scandinavian celebrities are usually depicted as barbaric warriors, but popular culture has blurred the line between fact and fiction. This exhibition unveils the reality of the Vikings and their rich, often misunderstood culture. Pick up a ticket to Vikings: Beyond the Legend when you pre-purchase your early bird Nocturnal ticket from the Melbourne Museum website.

Explore the entire Museum with galleries open till midnight, including the next innovative superstars from VCE and VET with Top Designs 2018, and a look at Australian fashion which has defied convention with You Can’t Do That (presented by the Virgin Australia Melbourne Fashion Festival). In You Can’t Do That, designers such as Stella Dare, Prue Acton, Christopher Graf and Jenny Bannister are all spotlighted, along with trailblazing models Yorta Yorta and Wunrundjeri woman Lois Briggs, now Aunty Lois Peeler and Andreja Pejić, the first transgender supermodel.

Beatbox Kitchen and Bibimbap food trucks will also be on hand to fuel this discofied Nocturnal. 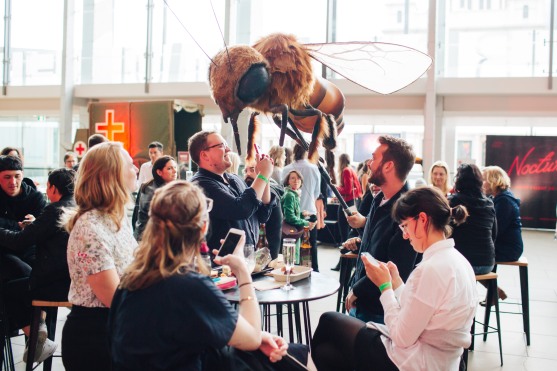 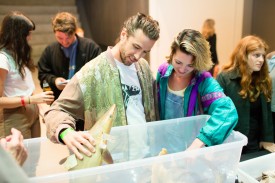 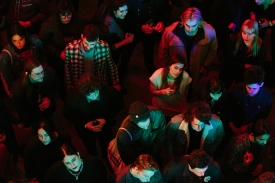