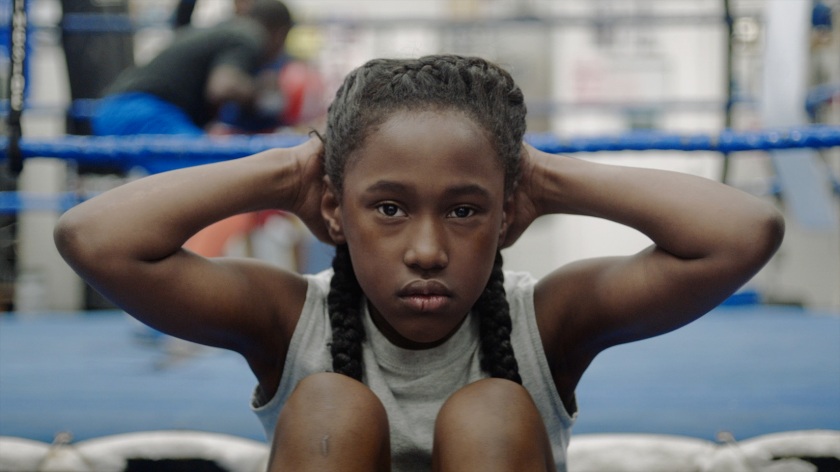 She Speaks First is a series of film screenings that focus on women. Films made by women, for women to empower women – and in each screening, the audience are then invited to engage in conversations which focus on the female contribution  to the cinema space.

This February, She Speaks First brings ‘The Fits‘ to the screen

Eleven-year-old tomboy Toni, played by a young, but powerful Royalty Hightower, is entranced by the tight-knit dance team she sees practicing in the same Cincinnati gymnasium where she boxes. Enamored by the power and confidence of the strong community of girls, Toni spends less and less time boxing with her older brother, and instead eagerly absorbs the dance routines and masters drills from a distance, and even pierces her own ears in an effort to fit in. But when a mysterious outbreak of fainting spells plagues the team, Toni’s desire for acceptance becomes more complicated. Gorgeously shot and with a mesmerizing score, THE FITS is a transformative experience and a marvelous portrait of adolescence. (72 min, Unrated).

Following this exclusive screening, this the audience will then be joined in open conversation by Holly Durant (choreographer/dancer) and Clare Rae (artist/photographer).

We Know Melbourne is giving away at double pass to see this film on Saturday 11 February, 5.20pm. Simply tell us in 25 words or less, which women inspires you and why. Competition closes 12 noon on Thursday 9th of February. (Full T&Cs available here).