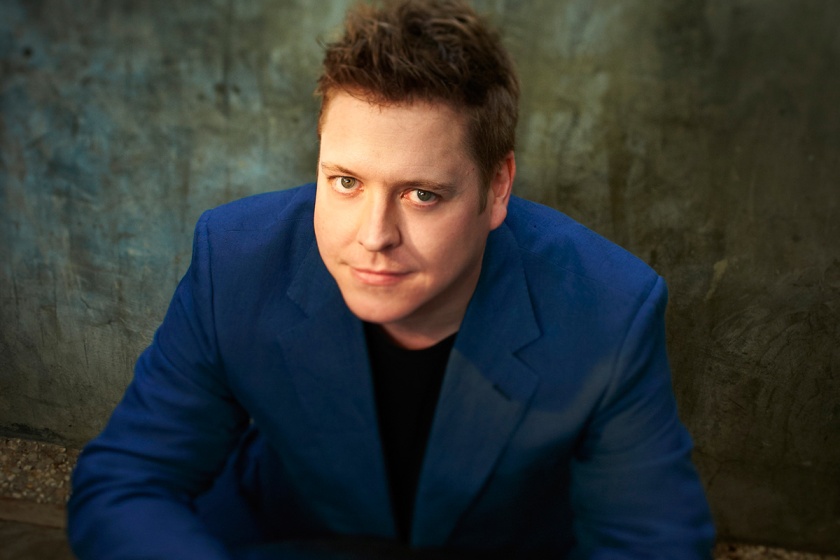 Clear your calendars, the Melbourne Festival returns to town this October and it brings a jam-packed program to the table. Under the new artistic direction of Jonathan Holloway, the festival will celebrate our thriving arts and culture scene, taking over a number of Melbourne venues and institutions. We caught up with Jonathan, ahead of the event to discuss his direction for the festival and his personal highlights.

Can you tell us a little about yourself and your background?

My first “professional” experience of the arts was going with my dad to see classical concerts that he was reviewing.  I enjoyed the concerts – although staying still and silent was pretty tough – but my favourite bit was afterwards, going with him to the newspaper office and watching him write the review.  When I was a bit older I’d stay and watch a man called Bernard lay out the letters, then the presses would roll.  That was when I realised that so much happens before and after a performance, and I was hooked.  I sang in choirs, then bands, did a drama degree, was a stand-up comedian for a thankfully short time, then wrote and directed theatre, all the while finding and programming arts events that thrilled me.  For the past decade I’ve run the city arts festivals in Norwich, Perth and now Melbourne.  Each one is unique, each is deeply loved, each does a different job in the city.

Melbourne Festival is one of our favourite arts festivals on the Melbourne calendar. Can you tell us what makes it unique?

For the past thirty years Melbourne Festival has been constantly surprising, breaking new creative ground and attracting new generations of arts lovers. I love festivals; I love the way festivals work, I love the way they can genuinely transform people and places. I also like the fact that they can lift our game and lower our barriers. I particularly love citywide festivals that take on an entire place, all of the venues, and the way they leave us changed, uplifted, excited, enthralled, knackered and skint.

Coming from the Perth International Arts Festival, do you notice much of a difference between the arts and culture scenes over here in the Eastern States compared to the West?

I had a blast in Perth, but it is true that the East and the West of Australia really are a world apart.

Perth rightly celebrates its essence as being both remote from the rest of the world, whilst being incredibly networked.  Melbourne is distinctive for its liveability, with the best bits of three centuries of city life existing alongside each other.

The majority of city-wide festivals – Perth included – are in places that look to festival time to really lift the game, to be the time when people go out five nights in a week.  Melbourne is already one of the world’s cultural capitals, and five evenings in a week is a quiet patch for a lot of people., but Melbourne Festival has the unique ability to work across all artforms, the freedom to work across the whole city and to create arts experiences that really move the people of Melbourne – in every sense!

What are some of the highlights of the festival this year? If you had to pick three events not to miss, what would they be?

I’m going to cheat and do two pairs, because I’m really excited by the extremes in this year’s program!

The dance program will propel you into uncharted territory with the fabulous fusion of circus and dance in Triptyque, and then two weeks later you can see the greatest Flamenco dancer in the world, Sara Baras, with thirteen fellow dancers and musicians.

The music program delves into an incredible tradition of Australian Indigenous country music inspired by Clinton Walker (Buried Country) just a week after almost 100 musicians from MSO perform the music of fifty years of Star Trek in front of the silver screen and under a starry sky.

Two unmissables in theatre are 887, the autobiographical masterpiece from Robert Lepage, and Our Ladies Of Perpetual Succour from National Theatre of Scotland, which is a theatrical joyride you won’t forget.

What do you hope Melbourne Festival 2016 will be remembered for?

The Festival team and I have worked to make it an immersive festival which appeals to all the senses, that puts us all at the centre of the experiences. We also wanted it to be a distinctly MELBOURNE Festival – about the city, exploring the city, weaving itself into the fabric of the city. It is a love letter to the city.

My best kept secret was how much I wanted to live here several years before I did – every time I visited it felt like a guilty pleasure.  I’m inspired by the fact that it is a fearlessly independent city and intelligently complex. Melbournians are passionate and partisan about what they believe in, but also they move freely between sport and fashion, restaurants and the arts in a way that is rare globally.