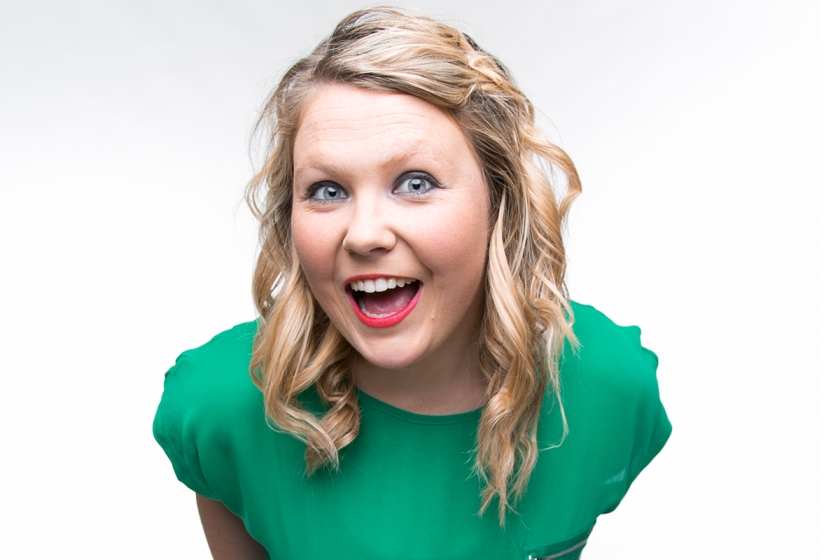 If you too grieve over kebabs that could have been, make embarrassing drunk phone calls and have an intimate relationship with your fast food server then When Hayley Met Salad is the show for you.

Hayley Brennan takes us through her time as a gym bunny, under the watchful eye of her personal trainer sister, and the events that sent her from KFC to the treadmill.

Brennan’s physical comedy is superb. Her slo-mo recreation of drinking tequila, is hilarious until you realise that’s how awful you looked the last time you did shots. And you’ve never seen someone so accurately take a bra off one handed whilst remaining fully clothed.

It takes a little while for Brennan to get into the flow of her piece. Her beginning section moves nervously from one thought to another, and when she feels that her audience aren’t completely with her she rushes through the sketch. But once everyone warms up, her jokes land brilliantly.

Brennan’s personal misadventures scan much better with the audience then some of her early lines about her parents. We’ve “sat on Tinder for seven hours”, and eaten salt and vinegar chips for breakfast, but very few of our Mum’s have bought us a $7000 car. Brennan is at her best when she is the most relatable; when we’re laughing at her stories and recalling our own humiliating experiences. If she could secure this persona earlier then the laughter wouldn’t stop.

“I thought that was what a gym was for; to keep all the idiots in one place”. There are so many great lines in When Hayley Met Salad, that you hope Brennan’s next venture will be to bring out a “Dos and Don’ts’ handbook for people in their twenties. But until then we’re probably going to keep downing shots of tequila, regretting our decisions and reluctantly following Brennan to the gym.

Joanna is a Journalism student on exchange from London, currently studying at RMIT. Having missed Edfringe last year she is absolutely loving being around Melbourne for the Comedy Fest. She can often be found singing too many show tunes, and drinking all the coffee. Follow her on Twitter, @mintpixeljo, for more stagey ramblings.

When: Until 3rd April at 7.30pm
Where: The Downstairs Lounge @ The Swanston Hotel.