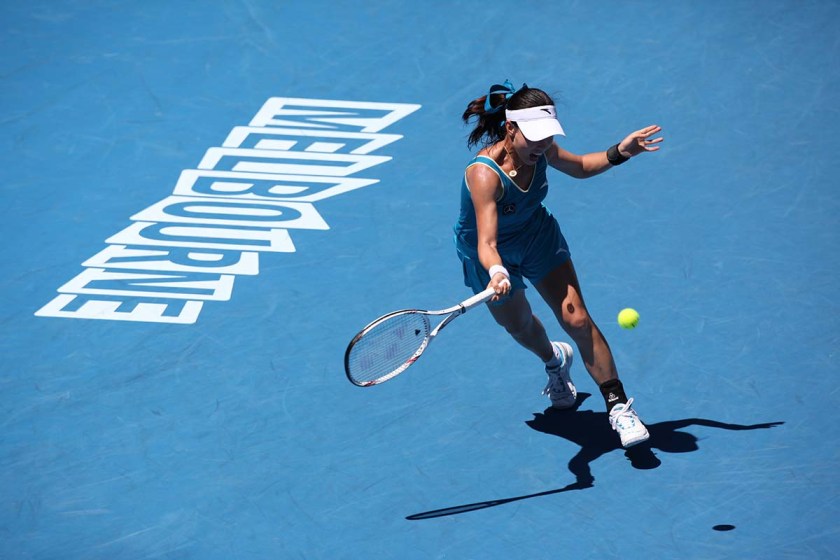 Melburnians love their sport. It’s one of the reasons visitors love our city. It’s summer. It’s January. It’s Melbourne’s Grand-Slam tennis event, the Australian Open, and in 2016, it’s bigger than ever.

Sure it’s all about the tennis – the players, the scores, the tournament, the referees, the ball kids and the facilities (organisers claim the title of the world’s biggest Grand Slam footprint for the Australian open at 255, 739 square metres). Tournament attendees can experience new tech offerings from customised tennis emojis to a 360-degree video experience that puts you live on court.

What | The Australian Open is one of four Grand-Slam tennis events worldwide. It is the frist in each year’s calendar of events. The others are: the French Open, Wimbledon, and US Open.

Why | Each Grand Slam, including the Australian Open, offers players the highest ranking points, prize money, media and public attention. Players participate in one of the five disciplines – men and women’s singles, mens, womens and mixed doubles.

When | Monday 18 January to Sunday 31 January 2016, gates open around 10am daily but actual playing times change each day due to the weather and length of games. Day session ticket holders may watch tennis on the outside courts for the night session but must leave Rod Laver and Margaret Court Arenas at the end of the day session. All night session ticket holders can enter the precinct from 5pm. Twilight ticket holers can enter the precinct on Friday 29, January from 2pm on Saturday 30 January from 12pm and on Sunday, 31 January from 4pm.

Weather | A Melbourne neccesity to discuss! The Australian Open’s three arenas enable the tennis to go on rain, hail, wind or shine, except in the case of extreme heat. The referee may suspend play in line with the policy and forecast. Don’t forget the sunscreen.

Don’t miss out on these highlights during the 2 weeks:

Heineken Saturday returns to the Australian Open in 2016 for its historic 20th year. Dress up as a Tennis Legend and help Hot Dub Time Machine tear up the Heineken Live Stage. Get in early to enjoy one of the best days of the year.

Stop by the banks of the iconic Yarra River for the free, family-friendly Australian Open  Festival at Birrarung Marr. Open every day of Australian Open 2016, get a taste of Melbourne’s famous world-class dining and food vendors, as the pathway to the Australian Open serves up the Grand Slam action and excitement right in the heart of Melbourne. There’ll be food stalls from all of Melbourne’s favourites including Mamasita, GAZI,Uncle St Kilda, Gelato Messina, Combi, Organic Avenue Australia juices,Cobb Lane, Huxtaburger, Huxtable and the brand new Estelle Mistress by Scott Pickett Chef; plus drinks and DJs by Canadian Club; and of course live tennis action on the big screen!

Can’t make it to the Australian Open? These venues will be showing all the action live on their big screens so you don’t miss out:

Situated on the Yarra River, at South Wharf Promenade hthe Common Lawn will feature a massive 15m² outdoors screen broadcasting live this year’s Melbourne tennis Grand Slam. With the Yarra River and City as the big screen’s back drop, this is the perfect place to skip the lines  take in the tennis without the mass crowds. There’ll also be bar with stands plenty of Canadian Club jugs to go around, along side Common Lawn’s pop-up kitchen featuring tennis themed treats – cucumber sandwiches, strawberries and cream, hot ham sandwiches (just to mention a few). Friday – Sunday will really heat up with a spit roast and outdoor BBQ. When legs need to be stretched be sure that plenty of activities will rowdy up the crowd for the next game. 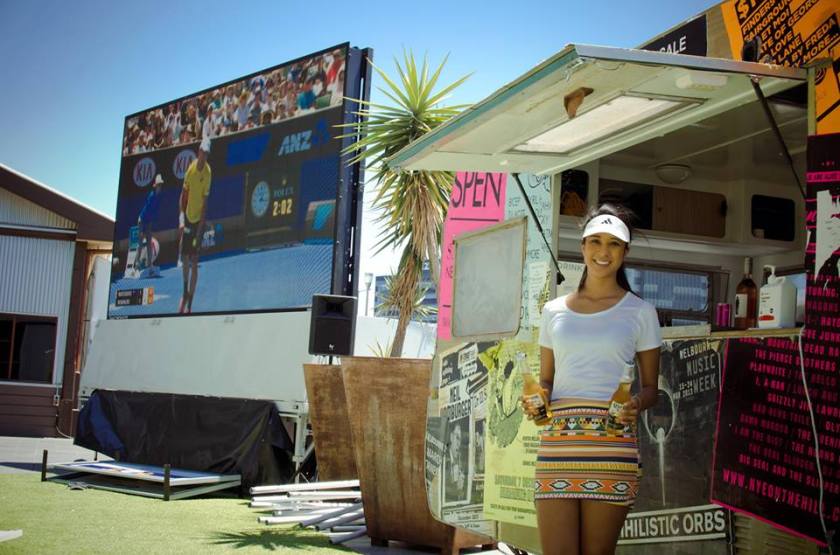 Pull up a deck chair and watch the games live on the big screen! Best of all, it won’t cost you a thing! From 11am daily.

Head down to the mini-stadium set up by Crown and enjoy some gourmet food and drinks from the pop-up stalls. From Friday the 16th, through to Sunday 1st of February you’ll be able to pop the bubbly with some  Moët and Chandon bubbles, or licking some Mövenpick ice-cream, with big stars like Maria Sharapova, Eugenie Bouchard, Kei Nishikori and Li Na popping in to sign autographs.

Cocoon at The Swanston Hotel

Watch all the live action in Cocoon and enjoy a Sweet Australian Open deal including Strawberries & Cream with strawberry meringue and chocolate soil + a glass of chilled Prosecco for $12.

After some fun fast facts about the Australian Open? We’ve got some for you here.