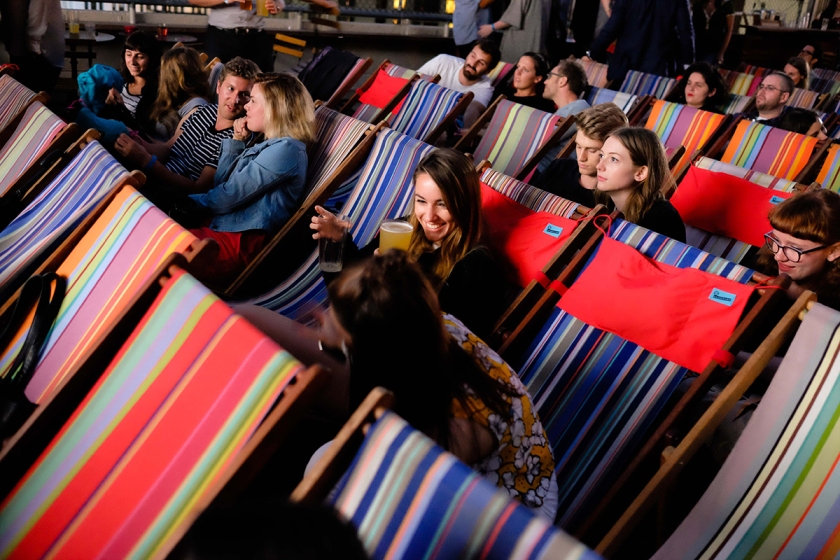 Make the most of summer by catching a flick at one of many outdoor cinemas. Here’s our pick of the top 5.

One of the original outdoor cinemas, the Moonlight Cinemas shows films under the stars on the lush lawns of the Royal Botanic Gardens. Patrons can spread out on their picnic rugs or hire one of the limited number of Bean Beds for $9. The program is filled with all the latest blockbusters including Girl on the Train, Doctor Strange, La La Land,  Arrival, Passengers and more.

Melbourne’s only silent cinema returns to the astroturf square of QV. Tickets only cost $12 and each come with a deck chair and headphones to watch the movie. There’ll be plenty of live entertainment plus food and cocktails as well as charity screenings. Plus you can bring your pooches along! Some of the movies in this year’s program include Bad Santa, Batman Returns, Gremlins, The Goonies, Stand By Me, The Notebook plus more.

Another well-loved summer outdoor cinema, Rooftop Cinema is committed to showcasing arthouse, classic and recent release films in a completely unique urban environment. Located on the rooftop of Curtin House, you’ll be able to watch a film with the stunning Melbourne CBD skyline as a backdrop. Some of the highlights of this year’s program includes Purple Rain, Hunt for the Wilderpeople, Nocturnal Animals and the Levi Presents series (The Beatles: Eight Days a Week and One More Time with  Feeling).

A relative newcomer to the outdoor cinema scene, Lido on the Roof screens films on the rooftop of Lido Cinemas. The 100 seat rooftop has plenty of deckchairs available and patrons can enjoy boutique Victorian wine and craft beers, as well as all the usual cinema popcorn. Make a night of it and book a session in on a Friday or Saturday to enjoy live jazz in their jazz room downstairs.

Ben & Jerry’s Openair Cinemas are a quintessential outdoor event, with feature films lighting up our huge movie screen from dusk. The cinemas are located in St Kilda where you can breathe in the smell of the salty sea air while kicking back to watch one of the many blockbusters on screen. We recommend buying a ticket for their ‘Sundae Sessions’ where there are live music performances before the film and free Ben & Jerry’s ice cream!