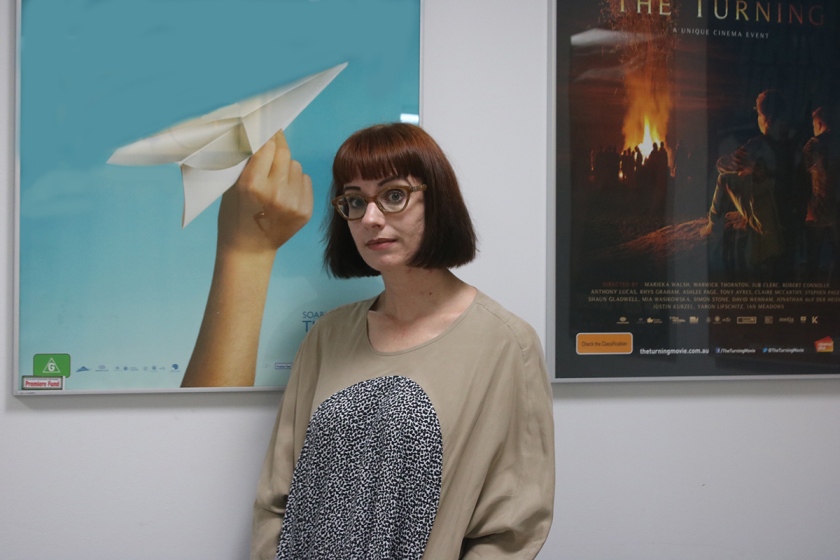 If you ask any Melbourne cinephile what their favourite months of the year are, it will no doubt be the months of July & August. The reason? The Melbourne International Film Festival, of course. Held over two and a half weeks and attracting over 200 000 visitors each year,  MIFF showcases the best of the best cinema from Australia and around the world.

We took a moment to chat to Artistic Director, Michelle Carey ahead of the festival to find out more about what goes into making the festival so unique and pulling together such a giant program for it.

Can you tell us a little more about  how you became MIFF Artistic Director and what your favourite part of being the artistic director is?

It wasn’t a very straightforward path,  I have experience in my 20’s in music, working in radio on bands and events and that kind of thing, and then on a trip to Europe in  my late 20’s discovered film was my passion and so I just started volunteering. I worked at ACMI  and the AFI research collection and the Adelaide Film Festival, then actually started at MIFF as the Accelerator Coordinator which is one of our programs and discovered my love for Australian cinema that way. I then got into programming and then when the role became available, I don’t know here I am.

We even read about how you drove from Adelaide to Melbourne one year and took a week to watch films at MIFF.

That’s kind of taken on mythical proportions that story.

As Australia’s largest film festival, you’ve got a mammoth job putting together over 300 films, can you tell us how many hours of your week are taken up watching movies? We know it’s not just a job that takes a few months of the year but is rather year round – how do you decide which movie makes it in or the process behind selecting the final films?

These days there are so many films out there you can’t ever not be paying attention to what’s out there, so it’s just always monitoring what’s out there, what are people talking about. Then, of course there’s the work that has to be done, so you know we have office jobs, there’s a lot of admin  involved and  a lot of going out chasing films. Also so much is dependent on what we call  the international strategy and the calendar. It’s just about keeping those conversations going and  then it’s usually after hours that we watch all the films. A lot of us watch the films after hours  because you know we’re very busy doing the admin during the day. There’s a lot of watching films but there’s a lot more admin involved than I think people realise. Obviously, there is the travel to international film festivals and watching lots of films but yes it never stops, there’s no real way to delineate between personal time and work right now. It’s a cycle we work to, so it’s very busy right now and then we get a bit of a break after the festival, but it doesn’t stop because you can’t drop the ball because film doesn’t stop. There’s a film released every minute.

In the crowded work of film festivals, why do you think it is that makes MIFF stand out? Why do you think Melbourne audiences have such a love affair with cinema? We’re talking people taking time off work to go to the festival? What makes it so special?

Miff is absolutely unique and I’ve travelled to a lot of festivals around the world and I still think none of them  compare to MIFF. It’s just that thing that you say, it’s the biggest. It draws such a variety of audiences, it’s the first place to see a lot of the big films so people want to be there first. They join the queues, they join the discussion online. It’s just the film event of the year. It really turns film going into an event.

MIFF isn’t an adults’ only festival, with the next gen program for younger viewers. Can you tell me a bit more about that?

Next gen is actually celebrating it’s 9th year, starting in 2008. It’s our special film program for younger audiences and families because we believe people need to be exposed to different types of  cinema from a young age, which is getting harder to do these days with the monopoly that Hollywood blockbusters have on our viewing habits.  It’s a really fun program . We do screenings for schools and then we also do screenings for families on the weekend. There’ll also be a few special events such as discussion panels with the filmmakers where the students can ask questions .

Why is MIFF so special to you?

MIFF is where I really discovered international cinema. It literally changed my life and I know it’s changed the lives of a lot of people. Films can be so pleasurable and so visceral, an experience to see a comedy, or a horror  or  a crazy Japanese film with a huge audience. I love the experience becoming so physical and so visceral that you’ll never forget.

Can you let us in on what can we expect from this year’s program?

It’s our 65th year which is huge! It started in 1952 and it’s one of the oldest film festivals in the world so we’ll be going off with a bang. We’re looking to do a couple of focuses. We’re doing something big on virtual reality this year which is the  first time a film festival has done that in Australia, new Australian films and a new section called Headliners which will be big gala screenings.