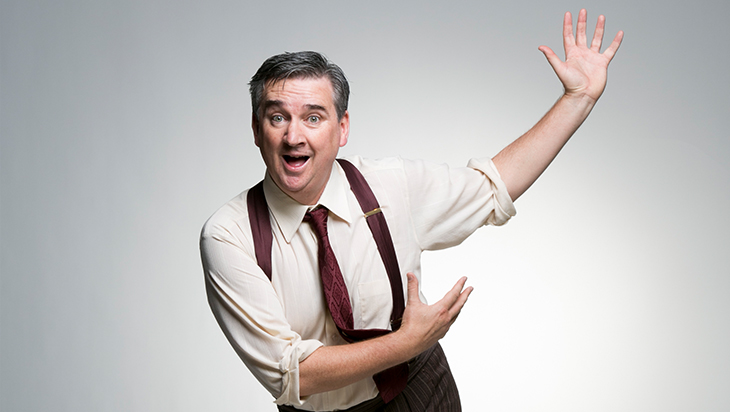 His show kicks off with an alien abduction sequence during which he displays with ease his fantastic 80’s dancing prowess (stick with us here) but, whilst proficient in almost every other style of dance – the style of dance that alludes him, and that which will ultimately save him from his somewhat friendly alien abductors is Swing.

As they say in the show, it don’t mean a thing if it ain’t Swing. From there Damian takes us through the hilarious fabrics of time itself, through his teenage years with lots of ‘growing up in suburban Victoria’ in-jokes which were a hit with everyone in the audience, interval cameos from his improvisational, leaf munching droid – Jean Clauvive, and then ultimately the journey of learning how to Swing.

From Swing Dancing for Morons, to eventually getting his own personal Swing Dancing instructor, the audience is with him the entire way.

Does he eventually master the art of Swing? You’ll have to go along and find out. A man of many talents, this show was fun and high energy, if you aren’t a fan of dance, this show might not be for you. If you are.. you’re in for a treat.

Swing Man is playing as part of the at the Malthouse Theatre until 16 April. Bring your dancing shoes.