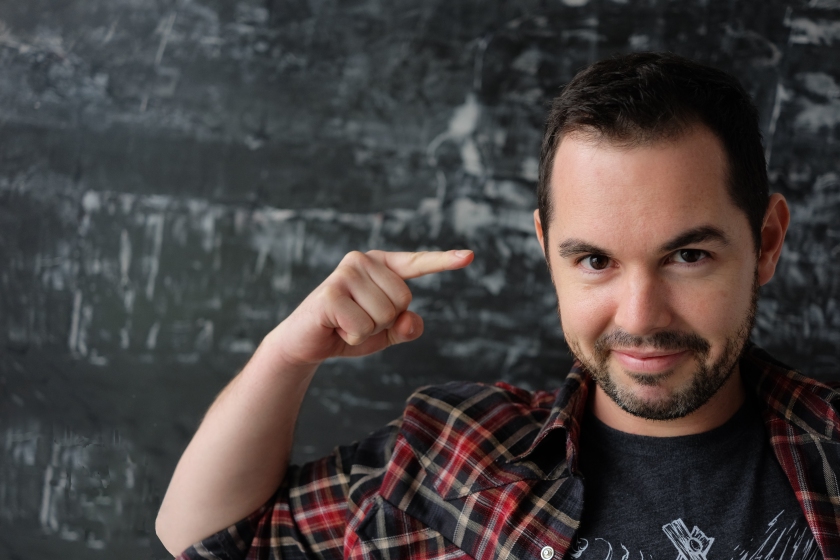 We Know Melbourne were invited along to see comedian James Rankin share with us, exactly what it takes to ‘Be a Man’ at his aptly named Melbourne International Comedy Festival show.

During his hour-long one-man show, we were regaled with entertaining tales of his youth (including a wildly inappropriate but hilarious story about teddy bears), interesting insights into growing up with Jehovah’s Witness parents, school stories, girls stories and a bunch of other recollections and life observations which helped shape him, as the man he is today.

Unlike some comedians who rely very heavily on dark humour, James’s content was light and easy to follow. The audience were kept laughing constantly, particularly when met with relatable experiences (which was often) and you could tell everyone was having a blast – hanging on his every word.

We could literally just sit back and enjoy the show for an hour without fear of audience participation (perfect for the introverts in the crowd), and walk away with a spring in our step.

A light, entertaining and fun show, for boys and girls alike.