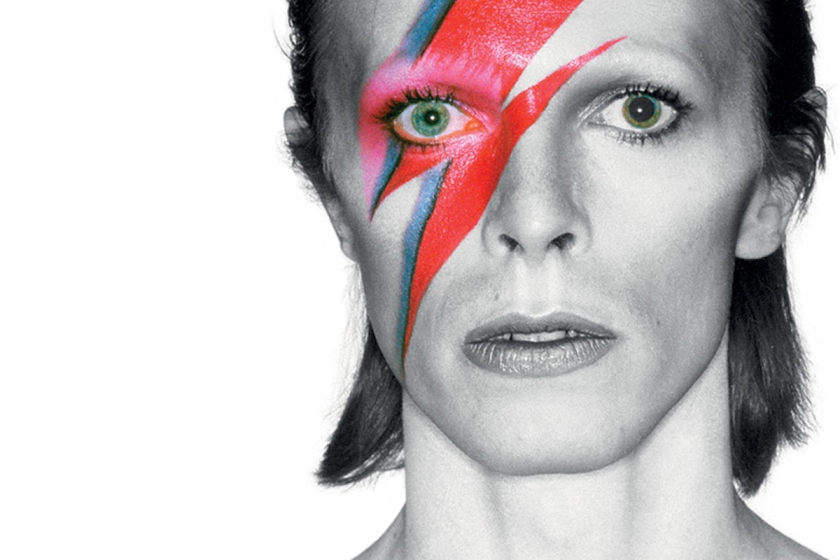 David Bowie is coming to Melbourne. Well, not quite, but the Winter Master Pieces: David Bowie is is. Presented by ACMI, this major exhibition will  feature more than 300 items from Bowie’s personal archives. Seen by over 1 million people worldwide at sell-out shows in London, Chicago, Sao Paolo, Paris, and Berlin, this fantastic exhibition direct from the Victoria & Albert is one not to be missed.

To celebrate the  launch of David Bowie Is, we’ve found 9 fun facts you probably never knew about Bowie:

1)David Bowie claims he had a ‘horrible’ incident with a cup of tea when he was 5 and refuses to drink it to this day.

2) David Bowie’s right pupil is permanently dilated – a result of his friend George Underwood punching him in the eye while the pair were still at school, in a fight over a girl

3) In 2004, Bowie was struck in the eye by a lollipop hurled from the crowd. It became lodged there, before being removed by a member of his road crew

4) Bowie lived at a Buddhist monastery in Scotland in the mid-’60s.

5) He shares the same birthday as Elvis.

7) Bowie can play 14 different instruments and nearly every instrument that appears in his music.

8) His current net worth stands at about $215 million.

9) He hates flying. He prefers to travel by train or boat.

Magical pieces of bizarre fan art paying homage to the artist exist in dark pockets all over the internet. We have collected a selection for you to check out: 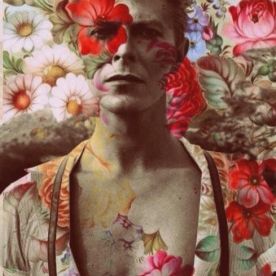 We couldn’t write a Bowie post without talking about the fashion.Over the course of five decades David Bowie has reinvented himself more times than we can count. As the ultimate fashion god, Bowie’s ever changing wardrobe is an inspiration for fashion designers around the world. Just look at the number of lookalikes on the fashion runway:

Coming from out of town? Stay at The Swanston Hotel Grand Mercure or Mercure Welcome Melbourne with a Melbourne Winter Masterpieces ‘David Bowie Is ‘Hotel & Ticket Package.’ Package includes s overnight accommodation and two untimed and undated tickets to David Bowie Is. Find out more here.