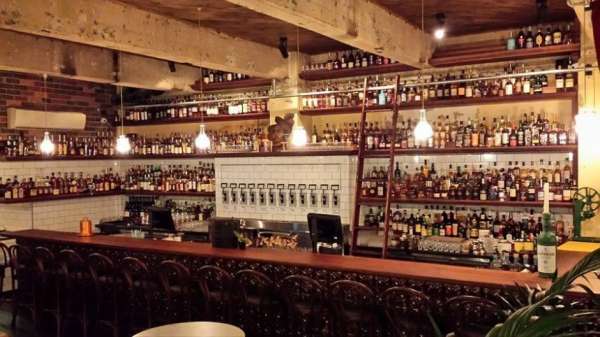 As you may or may not know, Simon James is our hotels’ Craft Beer Ambassador. You might imagine that a Craft Beer Ambassador’s job is a fairly easy one mainly consisting of checking out new beers and visiting beer festivals. And you would be right! That is exactly what Simon has been doing for the last month.

InMay Simon was a guest of the Great Australian Beer SpecTAPular held at the Royal Exhibition Buildings in Carlton. This year’s festival was a great success with 16,200 people attending the 3 dayeven which is 4000 more than last year. This increase can no doubt be at least put down to the fact that Simon attended this year’s event obviously giving it more prestige.

Simon has also been hunting down the latest Craft Beer hotspots to recommend to guests. Recently he took a hand picked crew of staff members to try out the just opened Boilermaker House (less than 5 minutes walk from the hotel in Lonsdale Street). The verdict was a unanimous thumbs up from all involved. Employee of the Year (2014) Annie Mac was most impressed with barman Jack Sotti’s creative cocktails, and why wouldn’t she be, when it has just been announced that Jack has won Top Shelf’s Australian Barman of the Year! Simon preferred to stick to his beloved craft beers and would recommend the Feral Hop Hog beer and for something different the 7 Cent Lamington Stout which has just a hint of raspberry after taste!

Next on Simon’s list to check out is the new bar along the Yarra River behind Flinders Street Station called The Arbory. Stay tuned for his report!

You can also read Simon’s guide to craft beer in Melbourne here.